After merging with MediCA Group, InMedica is the largest private healthcare service provider in Lithuania with a network of  76 clinics, 3 labs and 8 sample collection sites in 28 cities across Lithuania. The company provides a wide range of services, including general practice, specialist consultations, day surgery, odontology, laboratory checks, vaccinations, health check-ups and other. 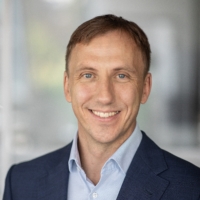 Member of the Management Board of INVL Asset Management

Member of the Management Board of INVL Asset Management

Nerijus started as an auditor at Arthur Andersen in 1998 working on both audit and M&A assignments. As from 2001, he spent over 15 years in operational positions being responsible for setting up processes, financial and organizational management, investment appraisal, in addition to leading acquisitions. Since 2007 through to exit in 2011 was CFO at specialty pharmaceuticals company Sanitas. Spent 4 years advising various companies until re-joining Invalda INVL group in 2015. Nerijus Drobavičius has served on the boards of 10+ portfolio companies.

Holds BA degree in Business and Administration and an MBA in Banking and Finance from Vytautas Magnus University, Lithuania. 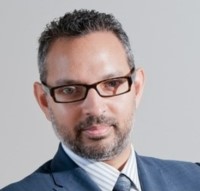 Started his career in 1996 at PwC in London. Started his investment career with Societe Generale Asset Management in 2000, when he first got involved with the Baltic States and in 2001 joined CVCI, eventually becoming one of two partners based in London and co-heading the firm’s efforts in the CEE region. During his tenure with CVCI, Ashwin was the lead or second transactor on 14 deals, deploying c. USD 735 million of direct private equity investments across a variety of deal types and sectors, primarily in CEE. From 2013 to 2015, he served as the Director of Private Equity at SGRF, the main Sovereign Wealth Fund of the Sultanate of Oman. Since 2016 he is the Managing Partner and Chief Investment Officer at Surya Capital, an East Africa-focused investment firm.

Ashwin and Invalda INVL team met in 2006 when CVCI co-invested with Invalda INVL in specialty pharmaceuticals company Sanitas. This was a very strong partnership over 5 years until the very successful exit in 2011.

Holds MA (Hons) (First Class) in Economics from King’s College, University of Cambridge, UK, and is a Fellow of the Institute of Chartered Accountants in England & Wales. 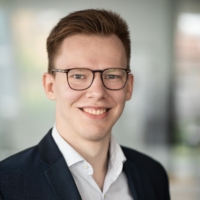 In 2015 started his career as a strategy consultant at Civitta until 2018. In 2019 joined The Rohatyn Group private equity team in London, UK as an intern. In 2020 joined Invalda INVL group, taking the position of a private equity analyst.

Holds a Master of Finance (MiF) degree from the London Business School (LBS), UK, and a Bachelor of Science (BSc) degree from Rotterdam School of Management (RSM), The Netherlands.