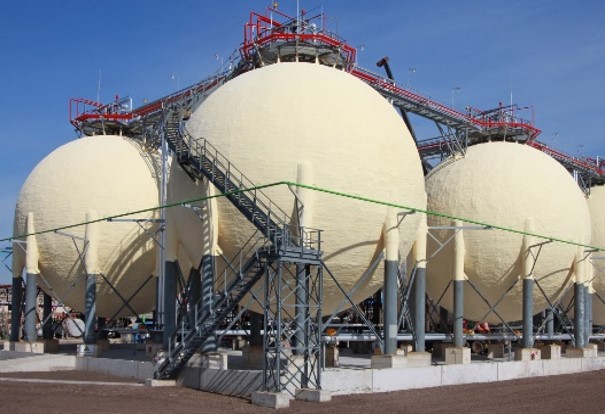 “Montuotojas is a Lithuanian leader for complex industrial construction work and has huge potential. We recognize how much the management, shareholders and employees of Montuotojas have been able to achieve so far, and will further strengthen the company’s positions in Lithuania and abroad,” said Vidas Venckus, a partner at the INVL Baltic Sea Growth Fund.

In 2017 Montuotojas had revenue of 34.7 million euros. The company and its subsidiaries have about 700 employees. Its biggest clients include Lifosa, Amilina, Bega, Achema, Lietpak, Litesko, Vilniaus Energija, Orlen Lietuva, and others. The company also works outside Lithuania. Annually it undertakes 100-120 projects of various types.

“Each of us on the team has given 30-40 years to Montuotojas and it’s clear that the time is coming to hand the company over to those who can take it to an even higher qualitative level. We think we have chosen one of the strongest investors, who will be able to maintain the trust of clients and employees,” said Alfonsas Jaras, the CEO of Montuotojas.

Having been in operation for 59 years, Montuotojas will continue its activities after the controlling stake changes hands.

Completion of the transaction, whose value is not being disclosed, is planned once the permission of the Competition Council is obtained and other terms of the agreement are fulfilled. The agreement for the acquisition of the shares of Montuotojas was signed by BSGF Fortis, which is currently 100% owned by Invalda INVL. It is planned that the ownership of BSGF Fortis will be transferred to the INVL Baltic Sea Growth Fund during February at acquisition cost.

Launched in June 2018, the INVL Baltic Sea Growth Fund seeks to invest in medium-size companies with an attractive risk-return ratio, providing them with capital for further growth. In its investments, the fund will focus on taking controlling or significant minority stakes and will play an active role in the management of target companies, aiming to significantly increase their value over the long term.

The fund is now forming its core portfolio and negotiating on other potential investments. The INVL Baltic Sea Growth Fund’s overall portfolio is envisaged to comprise 8-12 investments.

The fund’s anchor investor is the European Investment Fund (EIF), part of the European Investment Bank (EIB) Group, which has committed to invest EUR 30 million, backed by the European Fund for Strategic Investments (EFSI), the heart of the Investment Plan for Europe, or Juncker Plan. The EIF is committing ressources from the Baltic Innovation Fund, a Fund-of-Fund initiative launched with the Governments of Lithuania, Latvia and Estonia in order to boost equity investments made into Baltic small and medium businesses with high growth potential.

INVL Asset Management is part of the Invalda INVL group, whose companies manage pension and mutual funds, alternative investments, private equity assets, individual portfolios, and other financial instruments. They have assets under management of more than 650 million euros, entrusted to them by over 190 000 clients in Lithuania and Latvia as well as international investors.